The various Departments in the Faculty of Social Science each represent a unique avenue of research. The Departments bring some of the most respected researchers to Western University. Lectures from prominent external researchers revitalize our research culture, establish connections with researchers from around the world, and publicize the activities of our Departments across the world.

With support from donors and alumni, we are creating a Social Science Distinguished Lecture series. The series will give our Departments, and the Faculty more generally, the capacity to host leading scholars from distant institutions on a regular basis.

Our goal is that each Department will have at least one distinguished visiting academic deliver a public lecture each year as part of the overall Social Science series. Each lecture series provides students, faculty and staff insight into research and issues in their respective disciplines.

The Talman Lecture - Department of History 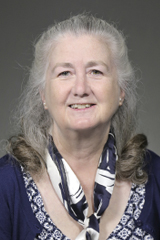 The Department of Economics Distinguished Lecture