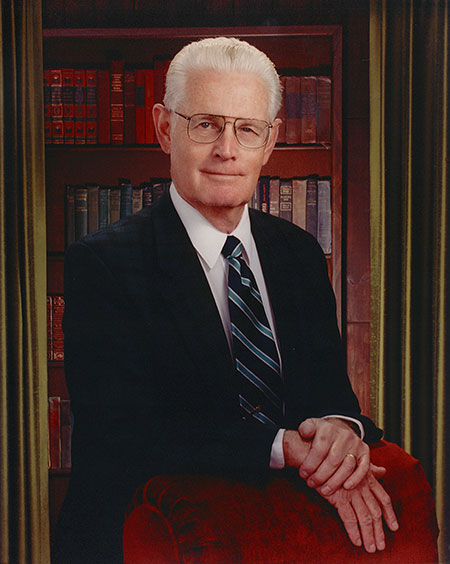 Ron Wonnacott, Professor Emeritus in the Department of Economics, passed away on Monday, January 29, 2018. He was in his 88th year.

Ron received his BA from the University of Western Ontario in 1955, an AM in 1957, and a PhD in 1959 from Harvard.  In 1958 he accepted a position at Western, where he taught in the Department of Economics until his retirement in 1996.

Wonnacott played a significant role in the Department’s development, serving as Chair of the Department for three years, and assisting in the recruitment of many faculty members.

In 2001, Ron received an honorary degree from Western, and in 2016, he was the recipient of the distinguished Order of Canada.  Ron has often been referred to as the “father of free trade.”  He was a Fellow of the Royal Society of Canada, served as President of the Canadian Economics Association, and was a holder of the William G. Davis Professor of International Trade at Western.

Wonnacott made foundational contributions to international trade theory and to Canadian trade policy.  Over four decades, as a professor of economics at Western University, he was an influential analyst of the major trade developments and issues facing the nation.  He is credited with offering key insights into the potential effect of free trade, including identifying how Canada could successfully compete within larger markets.  His writings on this subject, as well as on issues such as foreign investment and automotive production, helped shape our nation’s perspective on trade.

During his retirement, Ron continued to be a great supporter of the Chairs and the Department, and until just recently, he was a regular visitor at the Department’s weekly coffee hour.