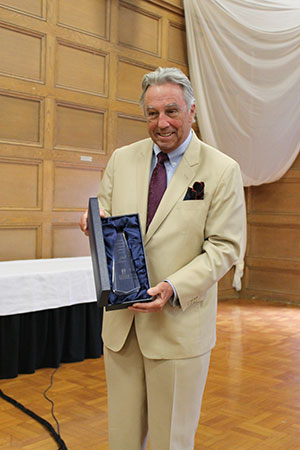 Rick Burjaw, former instructor in the DAN Department of Management & Organizational Studies, passed away on August 7, 2018.

From the obituary: "Rick was determined to be an entrepreneur. He combined his professional dreams with his love of tennis and went on to found Arlington Racquet Sports. He and his partners built, owned, and operated five tennis clubs across Ontario. It was one of Canada’s first chains of recreation and fitness centers. The tennis club experience moved the family to London where Rick became more active in the community. He became an active board member of The Make A Wish foundation; and was its President. He also founded two informal social groups that continue to this day."

Moving to England in 1983, Burjaw set up the European manufacturing and sales division of Big O Drain Tile.

"After returning to Canada, Rick settled into his college and university teaching career. It was a role that harnessed his personality and life experiences. It really was his calling. In his usual self-deprecating way, Rick started his small business class by saying that starting a business was easy - he’d done it many times!"

Burjaw's success and popularity as a teacher was recognized in 2016 when he was awarded the faculty leadership award from the DAN Management Student Association.

Burjaw retired in 2016, after 12 years of entertaining and teaching students in DAN Management.