A great opportunity to advance the Department of Political Science: Lebo 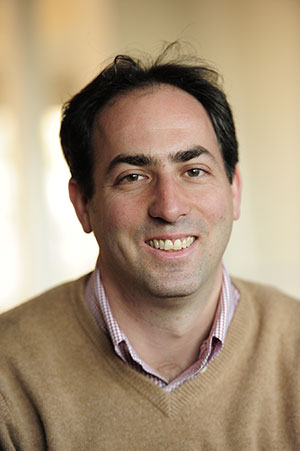 In August 2019, the Department of Political Science will welcome Matthew Lebo as a professor and as the new Department Chair.

Lebo is currently Chair of the Department of Political Science and Director of the Center for Behavioral Political Economy at Stony Brook University in New York.

His book on the state of party politics in the United States, Strategic Party Government: Why Winning Trumps Ideology, written with Greg Koger, was published in 2017.

He also has interests in political methodology, researching the tools used to study political data over time, and developing new tools for time-series analysis.

“This is a great opportunity for the department,” said Bob Andersen, Dean of the Faculty of Social Science. “Matt is an exceptional scholar and a proven administrator.”

Lebo sees the chair position as “a great opportunity to advance the Department of Political Science at Western, work with new colleagues and develop new programs.”

Lebo foresees that meeting the needs of students will be among the most important undertakings of the department in the near future.

“Political Science is a hot topic with growing interest from undergrads and graduate students who are want to learn skills that make for valuable degrees,” said Lebo. “So meeting the demands of students is a challenge and finding the right tools to send people out in the world with a degree in political science is something you always have to adapt to.”

“Western is an incredible university and where I got my start in Political Science,” said Lebo. “The social sciences are strong and getting stronger. It’s an exciting time to be joining the faculty in a leadership role.”