Canada’s first groundhog was a bear 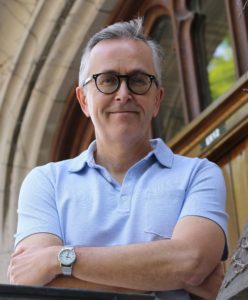 Move over Punxsutawney Phil, Wiarton Willie and Shubenacadie Sam – it turns out the earliest animal to predict the coming of spring in North America was not a groundhog, but a bear.

Alan MacEachern, Professor in the Department of History, has dug deep into Canadian newspapers from the late 1800s to discover how close we actually came to celebrating ‘Bear Day’ on Feb. 2. On Feb. 3, 1900, British Columbia’s Cascade Record newspaper reported ‘Yesterday was Bear or Groundhog Day.’

The tradition of looking at behaviour patterns of hibernating animals to predict the weather was brought over from Europe to North America in the 1800s. Canadians’ animal of choice was the bear.

“If you think about it, it’s not hard to believe. A bear’s credentials are impeccable,” MacEachern said. “They hibernate; they are found across the country; they are pretty easy to observe, if only at a distance.”

According to MacEachern’s research, when Canadian newspapers started to draw attention to the Feb. 2 folklore in the late 1800s, they initially favoured reporting on a bear. But Americans were favouring the groundhog and dubbed Feb. 2 ‘Groundhog Day.’

“The Canadian bear slowly succumbed to the American groundhog by the early 1900s,” he said.

While it might seem like just a quirky fact of history, MacEachern says it’s important to understand the significance.

“People of the past had countless ways to interpret the natural world. The one great advantage the Groundhog Day tradition has had is that it is associated with a single day, allowing it to become entrenched in a way other folk wisdom hasn’t,” MacEachern said. “In a way, Groundhog Day commemorates, and stands in for, all the nature lore we’ve forgotten.”