Teaching the decision-making behind finance 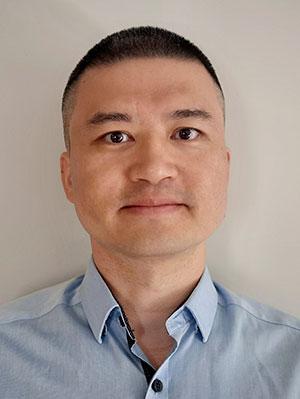 Feng Zhan wants his finance students to think outside the box. Zhan has joined the DAN Department of Management & Organizational Studies as an Associate Professor.

Zhan researches corporate finance and corporate governance, particularly how information is transmitted and how internal and external governance can affect firm transparency. In his dissertation, Zhan looked at 22 stock exchanges in 17 countries to determine whether regulations could help curtail insider trading activities.

Zhan completed his PhD in Finance at the Schulich School of Business at York University, and comes from a position as an Associate Professor of Finance at John Carroll University in Cleveland, Ohio.

Zhan has also challenged the idea that High Frequency Trading (HFT) can lead to stock market manipulation. Zhan found that technological improvements that allow for HFT, such as the use of automated trading, helped to mitigate the frequency and severity of end-of-day stock price dislocation.

The effect of HFT is more pronounced on days when end of day price dislocation is more likely to be the result of market manipulation.

In his most recent paper, “China: From Imitator to Innovator?”, Zhan and his co-authors, D. Schweizer, and J. Proelss, examined the idea that China, as an emerging economy, can rise above its image as the ‘world’s workbench’, and transform into a global innovator that can compete with the United States.

The authors examined Chinese policy through the five-year plans, specifically looking at the impact of the 12th five-year, which included a focus on increasing Research and Development capabilities in the Chinese economy. The team compared the rate of increase in R&D between firms and found that the research intensity of firms – how much money went into R&D compared to the total value of the firm – had increased following the completion of the five-year plan. Chinese firms also had a higher rate of increase compared to US firms.

“This high growth rate was mainly due to low starting points,” said Zhan. “China is catching up to the US. It started from a lower-level, and reduced the existing gap with the U.S. US, and this increase has not yet been sufficient to reach the levels of their U.S. counterparts. From a total spending perspective, the U.S. is still way ahead.”

Zhan will be teaching a graduate level course in the Master of Management of Applied Science program. Zhan stated he likes to bring in current events into his course, allowing students to apply the actual financial theories to real-life situations.

“Introductory level finance is interesting because you try to teach as much as possible what it should be, but real life does not always reflect the theory,” said Zhan. Zhan stated he tries to get his students to approach finance as a decision making process, and tries to get students to think outside the box.

“Finance is not about money,” said Zhan. “It’s about the decision-making process. It’s about what you would do with the information you have and making an informed decision.”

Zhan has taught in the United States for the past six years, and said joining the department at Western “feels like coming home.”