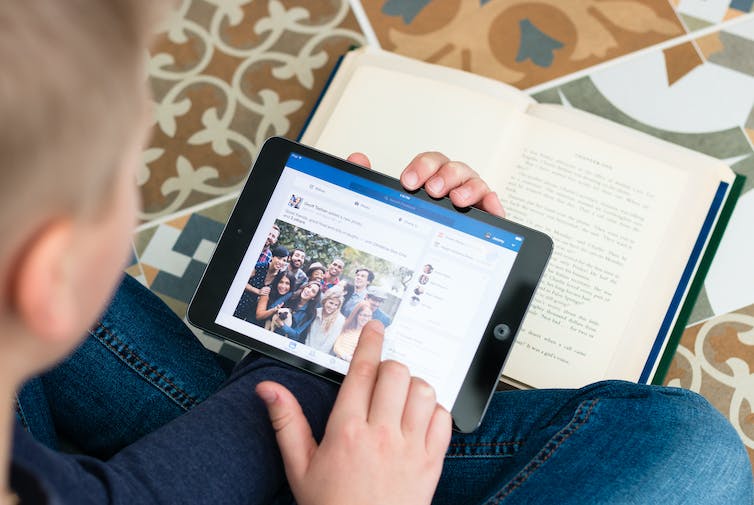 The Facebook Files are damning for the company, which also owns Instagram and WhatsApp. However, it isn’t the only social media company that compromises young people’s internationally protected rights and well-being by prioritizing profits.

As researchers and experts on children’s rights, online privacy and equality and the online risks, harms and rewards that young people face, the news over the past few weeks didn’t surprise us.

Social media companies make money under this model by collecting, analyzing and selling the personal information of users. To increase the flow of this valuable data they work to engage more people, for more time, through more interactions.

Read more: Explainer: what is surveillance capitalism and how does it shape our economy?

Ultimately, the value in harvested personal data lies in the detailed personal profiles the data supports — profiles that are used to feed the algorithms that shape our newsfeeds, personalize our search results, help us get a job (or hinder) and determine the advertisements we receive.

In a self-reinforcing turn, these same data are used to shape our online environments to encourage disclosure of even more data — and the process repeats.

Our research in both Canada and the United Kingdom has repeatedly uncovered young people’s concern with how social media companies and policy-makers are failing them. Rather than respecting young people’s rights to expression, to be free from discrimination and to participate in decisions affecting themselves, social media companies monitor young people to bombard them with unsolicited content in service of corporate profits.

As a result, young people have often reported to us that they feel pressured to conform to stereotypical profiles used to steer their behaviour and shape their environment for profit.

For example, teen girls have told us that even though using Instagram and Snapchat created anxiety and insecurity about their bodies, they found it almost impossible to “switch off” the platforms. They also told us how the limited protection provided by default privacy settings leaves them vulnerable to unwanted “dick pics” and requests to send intimate images to men they don’t know.

Several girls and their parents told us that this can sometimes lead to extreme outcomes, including school refusal, self harm and, in a few cases, attempting suicide.

The surveillance capitalism financial model that underlies social media ensures that companies do everything they can to keep young people engaged.

Young people have told us that they want more freedom and control when using these spaces — so they are as public or private as they like, without fear of being monitored or profiled, or that their data are being farmed out to corporations.

Teenagers also told us how they rarely bother to report harmful content to the platforms. This isn’t because they don’t know how, but instead because they have learned from experience that it doesn’t help. Some platforms were too slow to respond, others didn’t respond at all and some said that what was reported didn’t breach community standards, so they weren’t willing to help.

These responses aren’t surprising. For years, we have known about the lack of resources to moderate content and deal with online harassment.

So, what should be done in light of the recent, though not unprecedented, revelations in the Facebook Files? The issues are undoubtedly complex, but we have come up with a list of guiding principles that centre children’s rights and prioritize what young people have told us about what they need:

This article is republished from The Conversation under a Creative Commons license. Read the original article.